Since I’ve spent the last twelve years of my life in academia, first as an undergraduate student, and then a graduate student and course instructor, I conceptualize my years according to the school calendar. For me, each “new year” really begins in September and ends in August. And according to this academic time frame, this past year has been full of more drastic endings and new beginnings than any other of my life.

I considered this last week while my husband and I took a day trip to a nearby beach for our sixth wedding anniversary. We had done the same thing to celebrate our fifth anniversary exactly one year prior, and it was almost like stepping back in time. One year ago, I was beginning the final year of my PhD degree. The prospect of finally wrapping up my time as a graduate student left me anxious, but also excited about what the future might hold. One year ago that was all that really concerned me. The prospect of becoming a mother was not even on my radar. Now the prospect of spending my days thinking about anything but my daughter seems surreal and downright unfathomable.

I’ll never forget the day that Leah’s presence seemingly catapulted itself into my world. It was October 2015, the tail end of Canadian Thanksgiving Weekend. For the previous three years I had been using the Fertility Awareness Method as natural birth control with great success. Recently, however, I noticed that my basal body temperature had not returned to its normal range following what I believed to be an unusually light period. I chalked the former up to my old thermometer needing a new battery and the latter to my new exercise regimen. However, as the holiday weekend came and went and I found myself with the opportunity to drink more than a few glasses of wine, I quietly began to wonder “What if?” 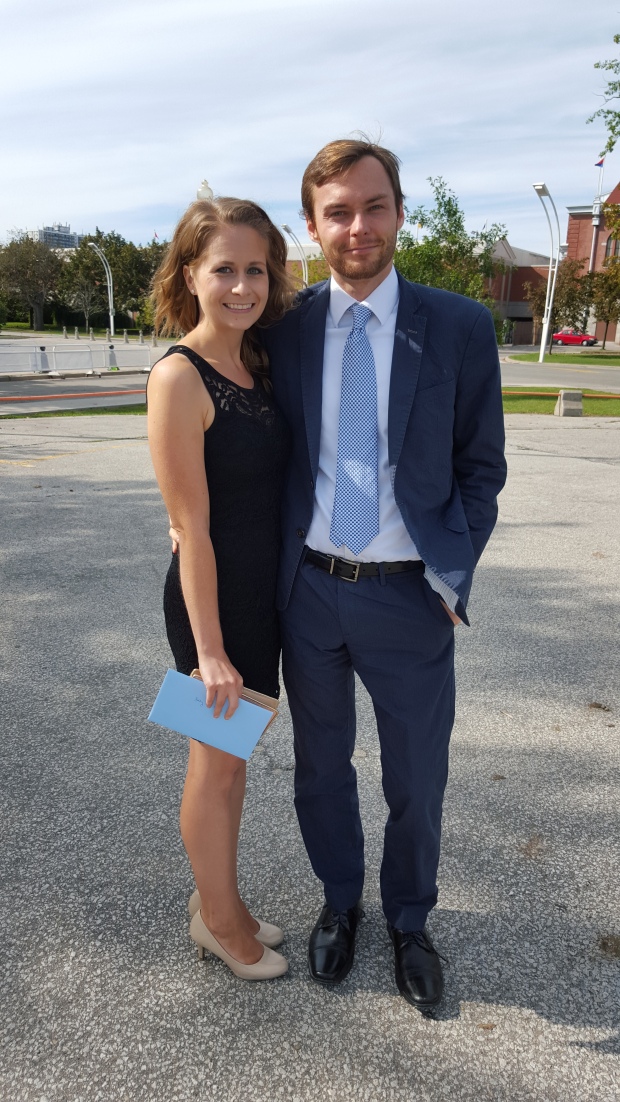 With the seed of doubt planted in my mind but still convinced I couldn’t actually be pregnant, I decided to buy a home test to put myself at ease. I can’t quite describe the feeling of shock that overcame me when I saw the second pink line appear, bold and clear as the bright October sky. This would be confirmed once again when I visited my doctor the next day, ushering in the beginning of my mothering journey.

I vividly recall walking home from the doctor’s office, the crisp autumn air filling my lungs and red and yellow leaves crunching beneath my feet. The initial shock had worn off, and I was overcome with feelings of excitement and love for the little life that was growing inside me. That day I placed my hand on my still-firm belly, thanking God for this gift and asking that my baby would be nourished and protected. I would repeat this prayer multiple times a day, every day until fate seemingly intervened with other plans on June 20, 2016, the day before Leah’s birthday.

Despite carving out space in my life for this unplanned but much-wanted pregnancy, as well as all my planning, research, and top-rate prenatal care over the next nine months, the “new beginning” I had envisioned for my life with my daughter did not come to pass. Just as she crashed into my world suddenly and unexpectedly, so too did she leave it in a whirlwind of unanticipated pain, tears, and grief. Yet here I sit, still poised to journey into another, albeit very different, type of new beginning. Rather than getting to know my daughter and taking care of her in the physical world as I had planned, this summer marks the beginning of my new life as a bereaved parent and my spiritual journey toward healing as a loss mama.

As I sat on the beach with my husband last week, I could not help but feel like I had stepped into a bizarre time warp. How was it possible that Leah’s little life had come and gone in less than a year’s time, yet I know it will change me forever? How could I be so indescribably consumed with love for a little person who did not even exist this time last year? And how could I be utterly crushed under the weight of grief that I feel for a tiny girl whom I only got to spend 33 hours with outside the womb?

These are only a few of the many questions I will explore as I navigate my grief journey on this blog. I hope to share this journey with you as I plunge ahead and learn to live again, one breath at a time.

Me holding Leah several hours after her birth on June 21, 2016