Much has been written on the unhelpful banalities that people often say when they are face-to-face with the newly bereaved. At a loss for words and knowing deep down that we cannot do or say anything to take the pain away, we find ourselves resorting to tired cliches that, more often than not, bring little comfort to the person in mourning:

“They are in a better place.”

“Everything happens for a reason.”

“It was their time.”

Such sentiments ring all the more hollow when a baby has been lost, whether it be through miscarriage, stillbirth, or infant death. When these tragedies strike, the following platitudes are frequently thrown into the mix:

“They were too beautiful for this earth.”

“You can always have more children.”

I count myself fortunate that the closest people in my life have been thoughtful enough not to hurl such cliches at me following Leah’s death. And even when people’s condolences have been less than astute, I can recognize and appreciate their good intentions.

However, there is one general reaction that I have encountered that cuts me deeply. It is evident in the messages that aren’t returned, the phone calls that aren’t made, and the “How are you’s?” and “I’m sorry’s” that aren’t said.

I get it. Humans are notoriously bad at confronting death and bereavement. It reminds us of all the things we’d rather not think about, like our own mortality, how little control we have over our lives, and the terrifying reality that none of us is immune to tragedy. Most of all, though, we know that there is nothing we can say to truly make things better for the bereaved, and for fear of saying the wrong thing and doing more harm than good, we opt to say nothing at all. 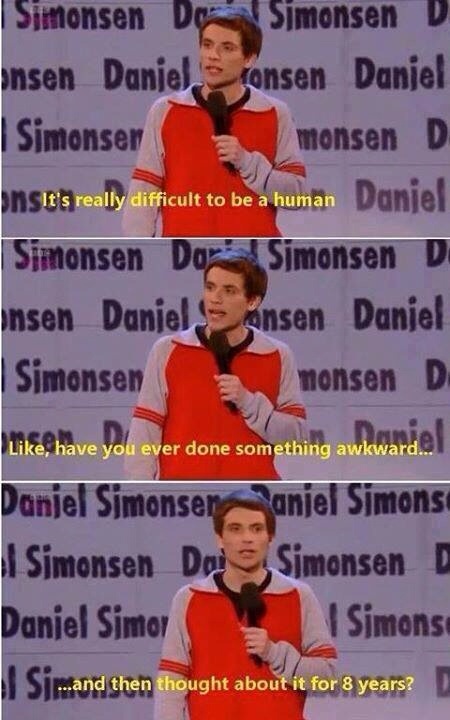 Several weeks after Leah’s death I attended a social function that I had been bracing myself for. I knew the day would be triggering because I had long assumed that my baby girl would accompany me (I even had a dress picked out for her to wear for the occasion), and on top of that I feared how the other attendees might react to me. Many of them had seen me very pregnant only a few weeks prior and knew about my loss. I wondered how these friends and acquaintances would handle my presence, and I was prepared for various possibilities. However, I wasn’t prepared for the deafening silence.

Suddenly people who had laughed with me and asked me questions about my pregnancy weeks before could not bring themselves to look me in the eye. It wasn’t until I took it upon myself to initiate conversations with them that anyone spoke to me, and even then the “How are you doing’s?” and “I’m sorry for your loss’s” never came. I have run into this situation repeatedly since then, and each time I am taken aback by the absurdity of pushing reality aside and acting “normal” to protect others from momentary discomfort.

So let’s be real. My daughter is dead. I’m not okay. You know I’m not okay. I assume that most loss mamas would agree that we don’t expect you to say all the right things to make us feel better; nobody can do that. In the same way, we don’t expect every social interaction to center around us and our losses. All we really want is some sort of acknowledgement. It can be as subtle as letting us know you’ve been thinking about us and asking us how we are.

Here’s the thing. Every loss mama I’ve encountered wants to talk about the child(ren) they lost. Indeed, we need to. In many cases of miscarriage, stillbirth, and infant death, the parents are the only ones who saw and touched their babies. In the case of early losses, there may be no tangible evidence aside from a positive pregnancy test that the baby existed at all. Often there are no shared memories or experiences to commiserate over with others, and the thought that our children will be forgotten by the world is nearly as heartbreaking as their daily absence from our families.

So don’t worry about saying the “right thing.” Instead, create space for us to talk about our losses. Open up the conversation by simply asking us how we are, and we’ll take it from there. Don’t be afraid to break the silence by saying our children’s names and asking us questions about them. Even if it brings the occasional tear to our eyes, knowing that someone else holds our children in their mind and heart makes all the difference in the world.

It’s safe to say that I have never felt less in control of myself or my emotions as I have these past eight weeks. As I go about my days still fully immersed in the grieving process, it is difficult to predict what will catapult me into a rage or engulf me in a wave of tears. Each day is its own beast to contend with. Until experiencing the physical trauma of giving birth by cesarean section, only to watch Leah die after struggling to cling to life, I never could have understood the delicate nature of navigating the everyday world with such fresh emotional and psychological wounds.

Many loss mamas have commented that, following their experience of miscarriage, stillbirth, or infant death, suddenly it seems like there are blissful pregnant women and healthy babies everywhere, and each encounter with them peels a healing layer away from the loss wound, exposing it for all to see. 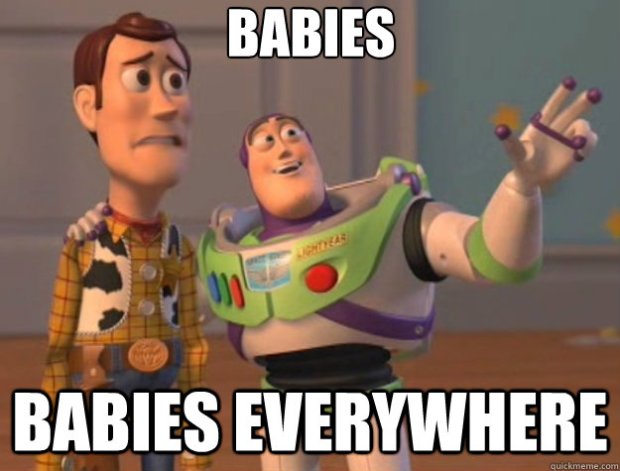 This has not really been the case for me, at least not yet. Granted I got off easy in this respect because there were no other women in my immediate circle of family and friends who had newborn babies or were pregnant at the same time as me. The things that were and remain most triggering for me bring me back to the final weeks of my pregnancy when I was happily going about my day to day routine, blissfully anticipating Leah’s imminent arrival. It rips my heart to shreds to think about that time now, knowing that I will never experience that pure, unadulterated joy again. In the same way, while I believed those days marked the beginning of my new life with Leah, it now pains me to think that they actually marked the beginning of the end of our time together.

Throughout the past eight weeks I have found myself triggered at one point or another by the following otherwise mundane activities:

And of course, there are the more obvious triggers that relate directly to Leah herself. The jug of special baby-friendly laundry detergent I had purchased to wash her clothes. The closet full of diapers and onesies that I still cannot bring myself to open. The car seat and bassinet that had been set up weeks in advance of my due date but were never used. The photos and video clips of Leah that, depending on the moment, may fill my heart with joy and gratitude, cause me to break into unrelenting sobs, or send me into a fit of rage for their inability to fully replicate the living, breathing girl I long to hold.

Most days the list of potential triggers seems endless. In the meantime taking life day by day continues to be challenging. And when that is too much, I allow myself to take it moment by moment, breath by breath.